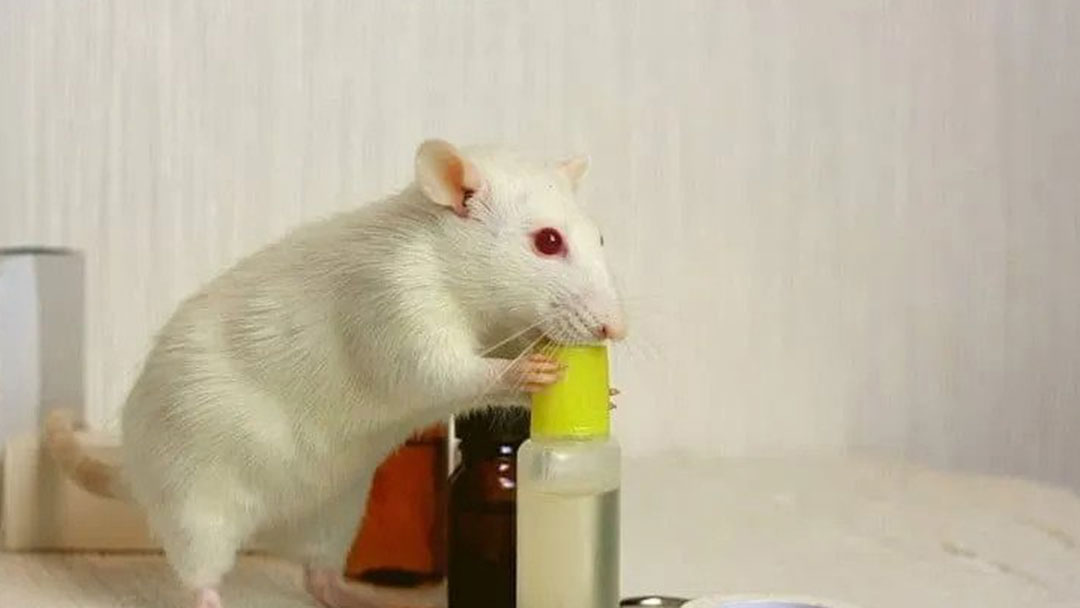 Rat and mouse numbers tend to rise as cooler weather forces them to search for food closer to our homes, especially sheds and garages where we feed our dogs or cats and in the house, too. Be aware that rat baits might be out on neighbouring properties and contact your vet if your pet appears off-colour.

As many a pet rat owner will tell you, rats can be wise and tenacious little critters. They have been living alongside people for thousands of years and over that time have really proven that they possess "rat-like cunning".

Their somewhat dubious claim to fame started several millenia ago with bubonic plague (or simply "the plague", a bacterial disease that humans can catch from rats and fleas on rats. Epidemics of bubonic plague have been recorded in China since 224 BC. The disease occurred in pandemics that destroyed the entire population of cities throughout the Middle Ages, often referred to as The Black Death.

While the plague is no longer an issue, we can still catch diseases from pest rats, particularly when they access stored food and contaminate it with urine, faeces or hair. Pest rats and mice can also cause damage to your property by gnawing on surfaces, objects and even electrical wiring, the latter of which can lead to house fires. The sounds of gnawing and movement at night can keep you and your pets awake, which can in turn create additional noise problems for you and your neighbours.

For years mankind has been attempting to control pest rats, and often not very successfully.

To control rats on your property, using humane, non-chemical control methods is recommended, or you can seek the advice of a professional pest controller. However, your pet can still be poisoned if they get into a neighbouring property or parkland area with baits in it, or in extreme cases someone may be intentionally trying to poison your pet.

Rat baits pose a danger to pets and wildlife

Primary poisoning is caused when a pet eats the rat bait directly. The most common way this occurs is when a pet gets into a container of bait that has been incorrectly stored. None of us are infallible and sometimes we can forget that we have a container of rat bait on the shelf in a shed. If the packet is accidentally knocked to the ground, spilling its contents, a pet will readily eat it.

Secondary poisoning is different. It occurs when an animal eats a poisoned rat. The residue of bait in the rat’s stomach is the cause of the toxicity. Often this occurs when an affected rat, perhaps slower and more lethargic than a normal one and thereby less able to defend itself, falls victim to a dog or cat or to a bird of prey such as an owl, a hawk or a falcon.

There are many rat poisons on the market. No matter which poison is being used, be especially aware that all of them pose some danger to pets. It's important to know what the signs of poisoning are so you can act quickly.

Most rat baits that the general public can buy are based on anticoagulants. These baits are of two basic types. The first are those generally termed multi-feed rodenticides and the second are those that are single-feed rodenticides.

The oldest anticoagulant bait is based on the chemical warfarin. Ratsak is the most commonly recognised. Another readily available rodenticide is based on the chemical coumatetralyl available as the Bayer product Racumin. Both warfarin and coumatetralyl are multi-feed rodenticides. This means that the rat must eat these types of baits over several days to become affected by them. This means that pets and wildlife are less at risk because they either have to consume a large quantity of bait in one sitting or consume small quantities of bait over a long period.

Signs of anticoagulant poisoning in pets

If a pet is affected by an anticoagulant poison, the signs of the toxicity may not be evident for several days. The main signs of such toxicity relate to anaemia from blood loss. The blood can be lost from many areas of the body but commonly it is seen in bloodstained faeces, blood appearing in the saliva or appearing from the nose. Breathlessness, from blood pooling in the chest cavity, is a common sign also. Weakness is very common and the gums and tongue are usually very pale due to blood loss and the resultant anaemia.

Your veterinarian will treat your pet with Vitamin K and other medications and if the condition is caught early enough, treatment is usually effective, particularly so with the multi-feed rodenticides.

Cholecalciferol rodenticides and signs of poisoning

While this rodenticide was introduced with claims that it was less toxic to non-target species than to rodents, clinical experience has shown that rodenticides containing cholecalciferol (Vitamin D3, e.g. Quintox) are a significant health threat to dogs and cats. Cholecalciferol produces hypercalcaemia, which results in calcification of soft tissues, including the kidneys, heart, brain and gastrointestinal system.

There is no antidote to cholecalciferol poisoning. If caught early, recommended therapy includes gastric evacuation, generally followed by administration of activated charcoal and IV fluids.

Bromethalin rodenticides and signs of poisoning

This non-anticoagulant, single-dose rodenticide is a neurotoxin that results in decreased conduction of nerve impulses, paralysis, and death.

Bromethalin can cause either an acute or a chronic syndrome. The acute effects follow consumption of a high dose of bromethalin. Signs, including hyperexcitability, muscle tremors, seizures, hindlimb hyperreflexia, depression, and death, may appear around 10 hours after ingestion. Chronic effects are seen with lower dosages and may appear 24–86 hours after ingestion. This syndrome is characterised by vomiting, depression, unsteadiness, muscle tremors, and lateral recumbency. The effects may be reversible if exposure to bromethalin is discontinued. Bromethalin toxicosis should be considered when cerebral edema or hindlimb paralysis is present.

There is no antidote to bromethalin poisoning. Early treatment should be directed at blocking absorption from the gut and reducing cerebral oedema.

A humane and quick method of killing rats is using a well-designed snap trap. The trap design and placement of the bait should ensure that the animal's head is fully inside the trap area when the trap is triggered. It is vital to use a reliable snap trap that can kill the animal instantly and be consistently set and reset.

More people are choosing live traps, but their humaneness depends on the design of the trap and that you are checking the traps daily for dead or injured animals. The most humane way to kill an injured pest rat that has been caught in a live trap is instantly, with a rapid, heavy blow to the head.

If you are not prepared to release, kill or dispose of trapped rats yourself, you should plan for what you will do before you place traps at all, or consider getting a professional pest controller to do the job. You could contact a local veterinary practice in advance and ask whether you are able to bring trapped rats to them to be put down humanely.

Glue boards or glue traps should not be used as they cause any trapped rats severe suffering. In Victoria, the ACT and Tasmania, the use of glue traps is heavily regulated and they cannot be sold to the public.

If you decide to use chemical control

If you decide to place your own poison baits, you should ensure that you have chosen the appropriate bait for the species you are trying to control and that it is stored and placed correctly.

To minimise the risk of accidental poisoning of pets, wildlife and children, the baits should be placed in areas that are accessible only to the rodents. Safe places are in the roof cavity, between walls, and along known rat runs. Rat baits should be stored in their own container which itself is placed inside another sealed container out of reach of pets and children.

Poisons and pets don’t mix. You should consider options other than chemical control, seek professional advice from a pest controller if necessary, and if you resort to using poison baiting yourself, remember that every kind of rat poison is dangerous and needs to be used with utmost caution. If you suspect your pet has eaten rat bait, see your veterinarian urgently.

Caring For Pet Mice and Rats